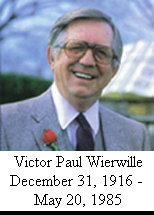 History has honored great men and women throughout time for their deeds: for their contributions to society, for the nations they have conquered, for the scientific discoveries they have made, for the contests they have won. Those achieving the highest distinction have received medals hung around their necks, parades held in their honor, buildings named after them, and recognition in Halls of Fame. A far greater honor remains, however, than the awards and accolades men can bestow. The highest authority decrees the greatest homage; God Almighty will confer the crowns of highest award to those who have truly distinguished themselves in His eyes when they stand before Him someday. In that day, men will not be decorated for winning military battles, building empires, saving the environment, or winning ballgames. Our God has reserved His esteemed tribute for those individuals who have disciplined and dedicated themselves to rightly dividing the Word of Truth, and who have sacrificed their lives to serve the bread of life to mankind. He also commands His people today to likewise give honor to whom honor is due.

Romans 13:7 - Render therefore to all their dues: tribute to whom tribute [is due]; custom to whom custom; fear to whom fear; honour to whom honour.

The Man Of God:
Dr. Victor Paul Wierwille was a man of God in every sense of that phrase. He lived for God, walked with Him, and spoke for Him. He knew the Shepherd; and he knew how to lead others to Him. Young Victor Paul heard God's clarion call on his life, and he poured out his life in tireless service for Him. The Lord found a powerful, one-of-a-kind man of unique abilities; and V.P. Wierwille proved to have a many-faceted, power-filled ministry.

2 Timothy 3:17 - That the man of God may be perfect, throughly furnished unto all good works.

The Workman:
2 Timothy 2:15 - Study to shew thyself approved unto God, a workman that needeth not to be ashamed, rightly dividing the word of truth.

As the workman of God's Word, Dr. Wierwille never approached his research like a theologian looking to gain pleasure through some merely abstract theology. Instead, as a faithful son, he diligently sought through his study to better know the heart of his Father God, to tap into the resources of the more abundant life, and to manifest the power from on high, and, in turn, to teach others how to do the same.

V.P. Wierwille toiled 14 to 16 hours per day, week after week, year after year in his exploration of the truth. He traveled all over the country, going wherever he thought someone might be able to help him in his quest. As he faithfully shared what he learned with others, God enlightened Victor Paul's understanding of His truth to a degree not known since the first century church. Although Dr. Wierwille attended some of the finest universities in earning his degrees in theology, he came to realize that working the Word of God was more than a mere academic pursuit; it required an in-depth spiritual perception and awareness. While he learned from other scholars, and while talented students later contributed to his work, Wierwille always accepted the final responsibility for his workmanship in rightly dividing the Word of truth. His contributions to Biblical scholarship are numerous and extensive, but perhaps his greatest accomplishment was putting the whole Word of God together so that it âfit like a hand in a gloveâ from Genesis to Revelation.

The Teacher:
The title so well described him that some students came to use it like another name to refer to Victor Paul Wierwille. Teaching was his life, and he was a master at it. In churches, homes, classrooms, auditoriums, colossal tents, convention centers, camps, college campuses--and any other place that God led him to--Dr. Wierwille taught. He thrilled crowds that numbered in the tens of thousands with his powerful preaching of the Word of God. And like a master craftsman training an apprentice, he also patiently worked one-on-one to instruct a student.

Through his teaching ministry, souls that hungered and thirsted were filled; and people were healed and delivered physically, mentally, and spiritually. Dr. Wierwille expounded the greatest detail and deepest riches of truth to his most advanced and committed students, and, in doing so, he lit a fire in their souls. He tugged at the hearts of all who heard him teach as he showed them the heart of the Father. And as the master teacher, he found his greatest reward in eyes that opened and minds that asked.

2 Timothy 2:2 - And the things that thou hast heard of me among many witnesses, the same commit thou to faithful men, who shall be able to teach others also.

The Leader
Acts 26:18 - To open their eyes, [and] to turn [them] from darkness to light, and [from] the power of Satan unto God, that they may receive forgiveness of sins, and inheritance among them which are sanctified by faith that is in me.

Dr. Victor Paul Wierwille was widely described as a dynamic and charismatic leader. He was a man who possessed extraordinary vision along with the remarkable ability to achieve it. His God-inspired goal was to reach the world with the accurate knowledge of the truth: The Word over the world. Beginning with just twelve people, and without the support of any denomination, during his lifetime he reached thousands upon thousands of people in countries all over the world with the truth. Joyfully serving for over forty years, Dr. Wierwille personally oversaw the myriad activities involved in carrying out the work of that ministry. And over 25 years after his passing, generations of men and women the world over continue to reap the rewards of that vision.

Victor Paul's abilities far exceeded natural talents. His God-given gift and his operation of those spiritual enablements were at the core of all of his accomplishments. As a minister of Christ, Dr. Wierwille demonstrated a unique and amazing capacity to communicate the love of God. You could spend one day with âDoctor,â as he was affectionately called, and feel more love than you received from others in a lifetime. For those of us who had the privilege to sit at his feet as he taught the Word of God, we may say that we have had 10,000 instructors, but only one father in the Word. And for the future generations that will live victoriously in God's living room, they will cross the rising river of doubt on the bridge that he built for them.

The Way International does NOT hold a copyright to the Sunday Night Service tapes and Tape of the Month tapes by Dr. Victor Paul Wierwille. In fact, it would appear that these tapes were placed in the public domain by Dr. Wierwille and/or the Way International at the time they were distributed due to the fact that there was no copyright symbol placed on any of the tapes. In 1988 Congress passed the Berne Convention Implementation Act, Pub.L. 100-568, 102 Stat. 2853-54 (Oct. 31, 1988) which eliminated the notice requirement completely for all works first published after March 1, 1989. However, prior to that Act the copyright issue would be controlled by the Copyright Act of 1909 (the '1909 Act')." Under the 1909 Act and prior to March 1, 1989, the Copyright Act required that each copy of a work distributed to the public be marked with a copyright notice." TransWestern Pub. Co. LP v. Multimedia Marketing Associates, Inc., 133 F.3d 773, 782 (10th Cir. 1998). Furthermore, "Failure to do so would inject the work into the public domain." Id. However, the Way International, by failing to adhere to the strict statutory formalities-- i.e., the copyright notice requirement - caused all of the works at issue (teachings by Dr. Wierwille) to be passed into the "Public Domain." "Once a work has passed into the public domain as a result of failure to provide adequate notice of copyright, it may freely be copied." Allied Mktg. Group, Inc. v. CDL Mktg., Inc., 878 F.2d 806, 810 (5th Cir. 1989).

This indicia requirement in the Copyright Act was not amended until the Berne Convention Implementation Act of 1988, which became effective March 1, 1989. Id. It was not until the Berne Convention amendments that the copyright notice became optional rather than mandatory. Id. See also 17 U.S.C. § 401(a); Norma Ribbon & Trimming, Inc. v. Little, 51 F.3d 45 (5th Cir. 1995). Since Dr. Wierwille passed away in 1985, all of the teachings at issue were produced prior to the Berne Convention Implementation Act and were required to have a copyright notice on each and every tape distributed in order for the copyright protection to be valid.

Uploaded by chadbuzzsaw on August 5, 2010